In this article we’re going to list all wedding photos of this celebrity with and without Photoshop.

Kimberly or Kim Kardashian West is an American reality television star, notorious celebrity, model and businesswoman. Socialite can also boast her stunning beauty: Kim has nearly 90 million followers on her Instagram page and more than three thousand publications. The woman loves to bask in her magnificent glory, doesn`t she?

It will be no exaggeration to say that she has a passion for photography: Kim posts eye-popping pictures which represent her life, the world of fashion and highlight alluring shapes of her attractive body. There exists even a catch-phrase among Americans: if Kim doesn`t post a new photo for two hours she has her pictures taken for another men`s magazine.

As it has been mentioned above, Kim is a controversial person and is well-known for her extraordinary behavior and glamorous style. Needless to say she has numerous shots which one can easily call scandalous.

Kim Kardashian Paris Fashion Week Balmain Show deserves close attention also: let us consider some scandalous and challenging looks of the celebrity. Moreover she sometimes appears in the pictures with her husband, Kanye West (the couple is also known as ‘Kimye’).

A fantastic but at the same time a little bit bizarre dress shows Kim`s underwear and her delicate skin.

“Every woman should own a little black dress”, said once an icon of style, magnificent and always elegant Coco Chanel. This very dress somehow pushes creative boundaries of a classical image of LBD.

In the photos the star appears to be a fusion of sex appeal and style, but is it a genuine image? Perhaps there is some trick in it: the use of Photoshop or Lightroom or some other photo edit software. But, you will say it is ok and even recommended to use photo post processing service. Of course, but not too much retouching!

A heavy retoucher has an appetite for perfection in photos: he or she makes the photo look much better than just accurate. One is sure to create the subject having unrealistic beauty using too much retouching. It is quite natural, if the professional editor wants to remove a zit on somebody`s face or a big scar on a knee, but when it comes to changing the proportions of the body it may not look real.

Before starting to move pixels around on a screen one should think carefully about the ultimate results. Let us consider some examples of Kim`s failures, or, in other words, snaps with too much of Photoshop and their natural analogues.

The television star is also known for her love affairs. Before having married in 2014 to rapper Kanye West, Kim had relationships with Reggie Bush and Kris Humphries. Nevertheless, her wedding images deserve much attention. Let us view some snaps of ‘Kimye’, which unfortunately also have too much Photoshop.

Kim and Kanye before Vogue retouched them.

The picture is really sweet and romantic. But compare it with the photos of paparazzi.

And some shot without any retouching.

So can you feel the difference? Yes, Kim has a passion not only for the process of making selfies, group portraits or photo sessions, but also for beauty photo correction ). But despite the photography mistakes Kardashian is a versatile person and has a great amount of fans all over the world. 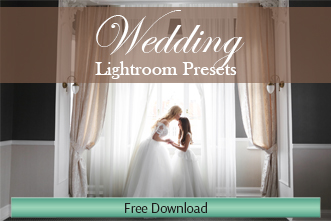 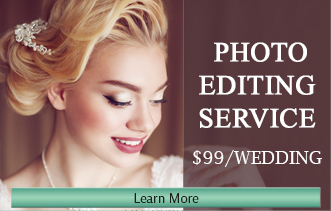